Have you ever been overwhelmed with mascaras at one brand counter? I’ve recently been looking at the stores from a different perspective: if I don’t have a clue about makeup and I want to buy a mascara that would really exceed my expectations, what would I buy?  Then another question pops up in my head: when buying cheaper products that end up not working for you, you kinda don’t feel too much of a regret, but when you actually buy something from high-end brands and pay a ridiculous price, then your expectations are high, and you have every right to feel that way. So I have decided to put to the test a range of Lancome Hypnose mascaras. Since all of them are carrying Hypnose in their name, it made me intrigue to really dig deep and put them to the test. So are you ready to see what this even means, what is the difference between these four mascaras, do they perform at a much higher level than great drugstore mascara? And at the end, conclusion, should we really spend money on high-end mascaras?

Let us start with my expectations. Volume, length, separation, staying power, smudge proof, hold a curl, intense colour, no clumping, easy removing and overall I want a feeling of fabulous lashes when I look my self in the mirror. As you can read I want it all, and a huge plus is if I can achieve that look with one application, two at the most. Now let’s see what of this is achievable with Lancome Hypnose range mascaras. 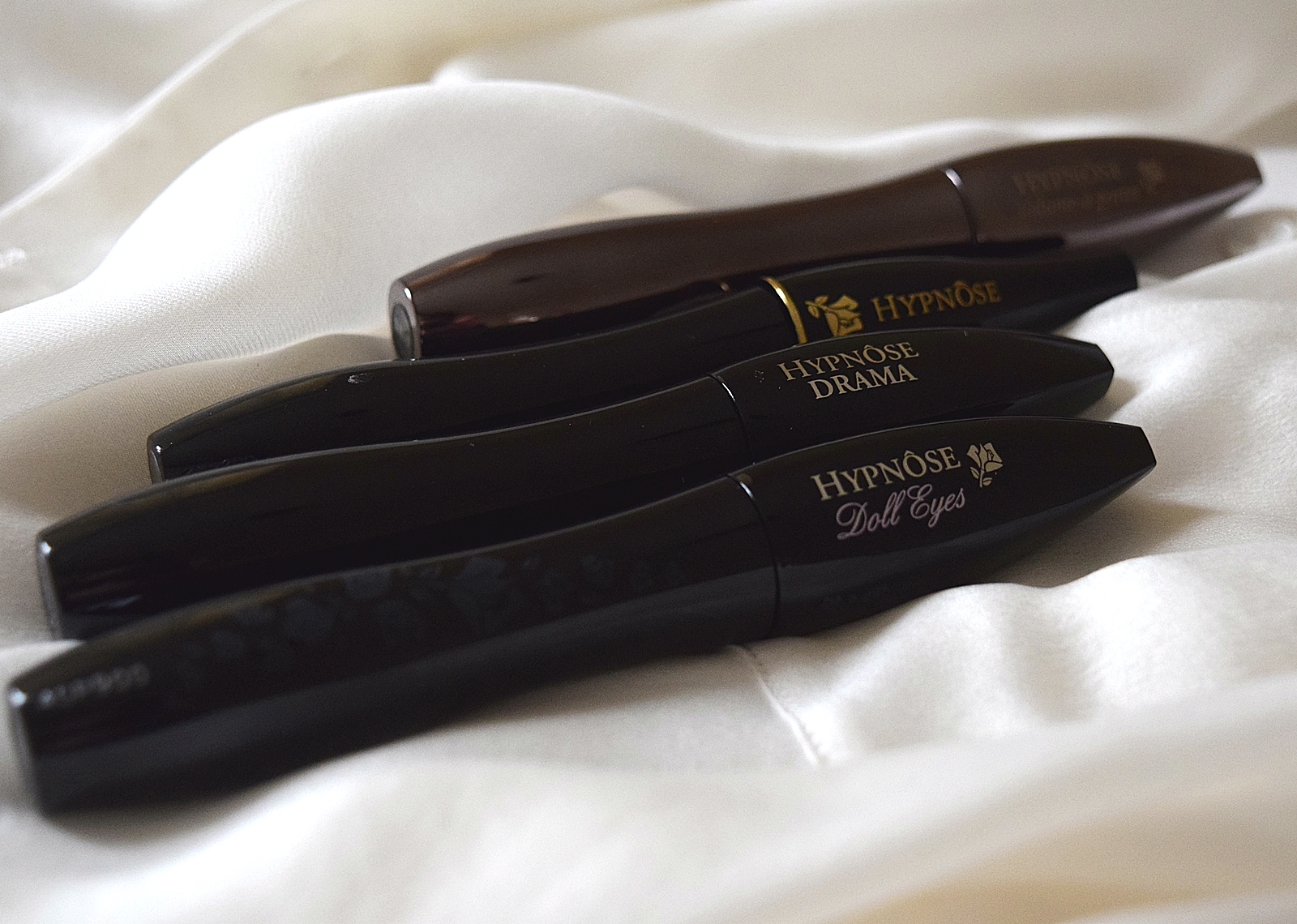 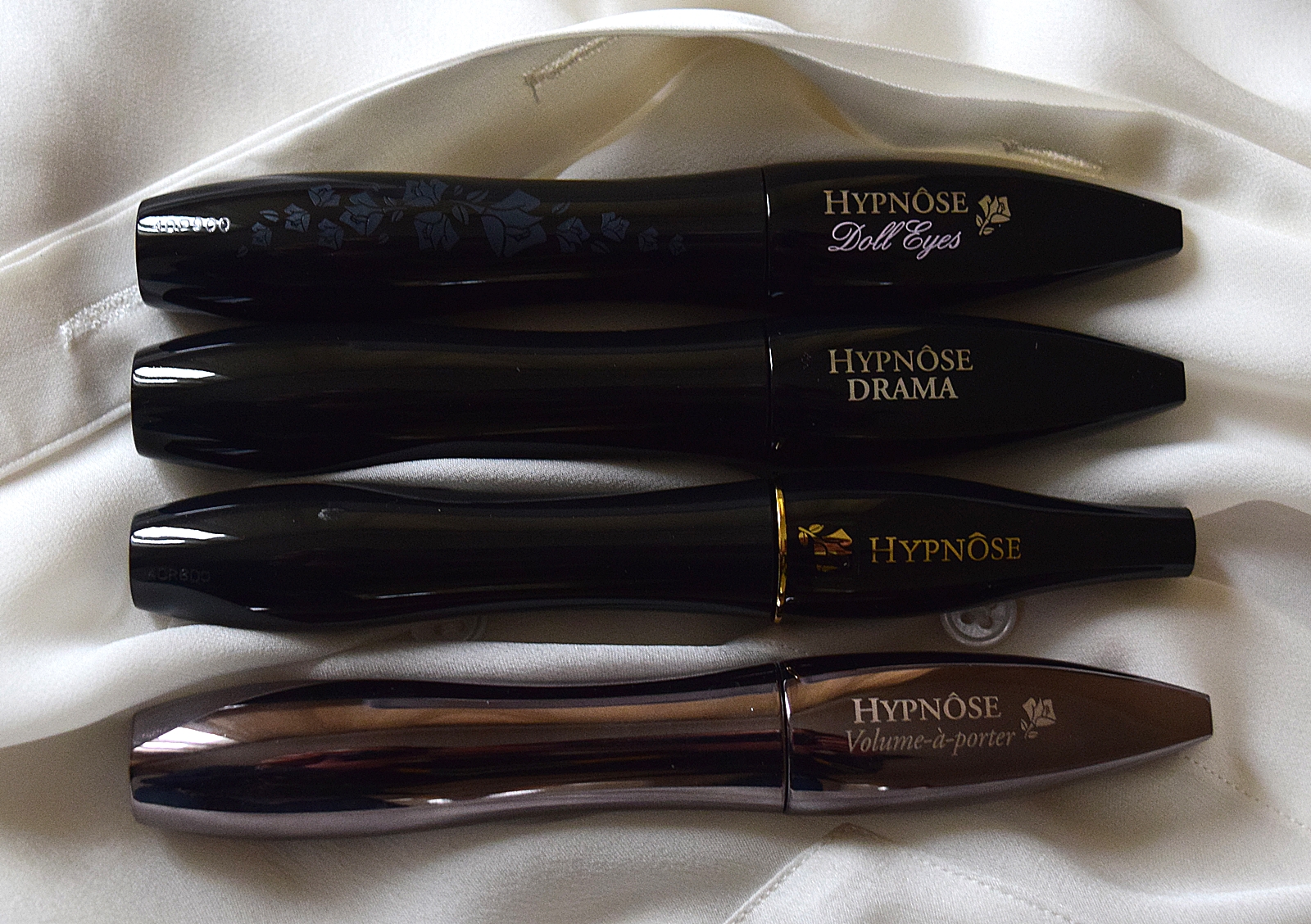 I believe this is the original. Comes in a silver box with a tag on the bottom saying VOLUME. The packaging is black, with a gold rose on the cap and the HYPNOSE sign. You are getting 6,5 g of the product or 0,23 oz. The colour I’m reviewing is 01 Noir Hypnotic.

The brush in this one is very old school if I can say, the most standard one, not too big or too small, dense and pretty much looks like a brush that your mum used when you were younger. Don’t get me wrong, I don’t mind it at all because it’s easy to use and almost mess free in terms of getting it all around your nicely blended eyeshadows. The formula is thick, very black, gives volume, definition and in my opinion beautiful every day look, not too natural or too night time. 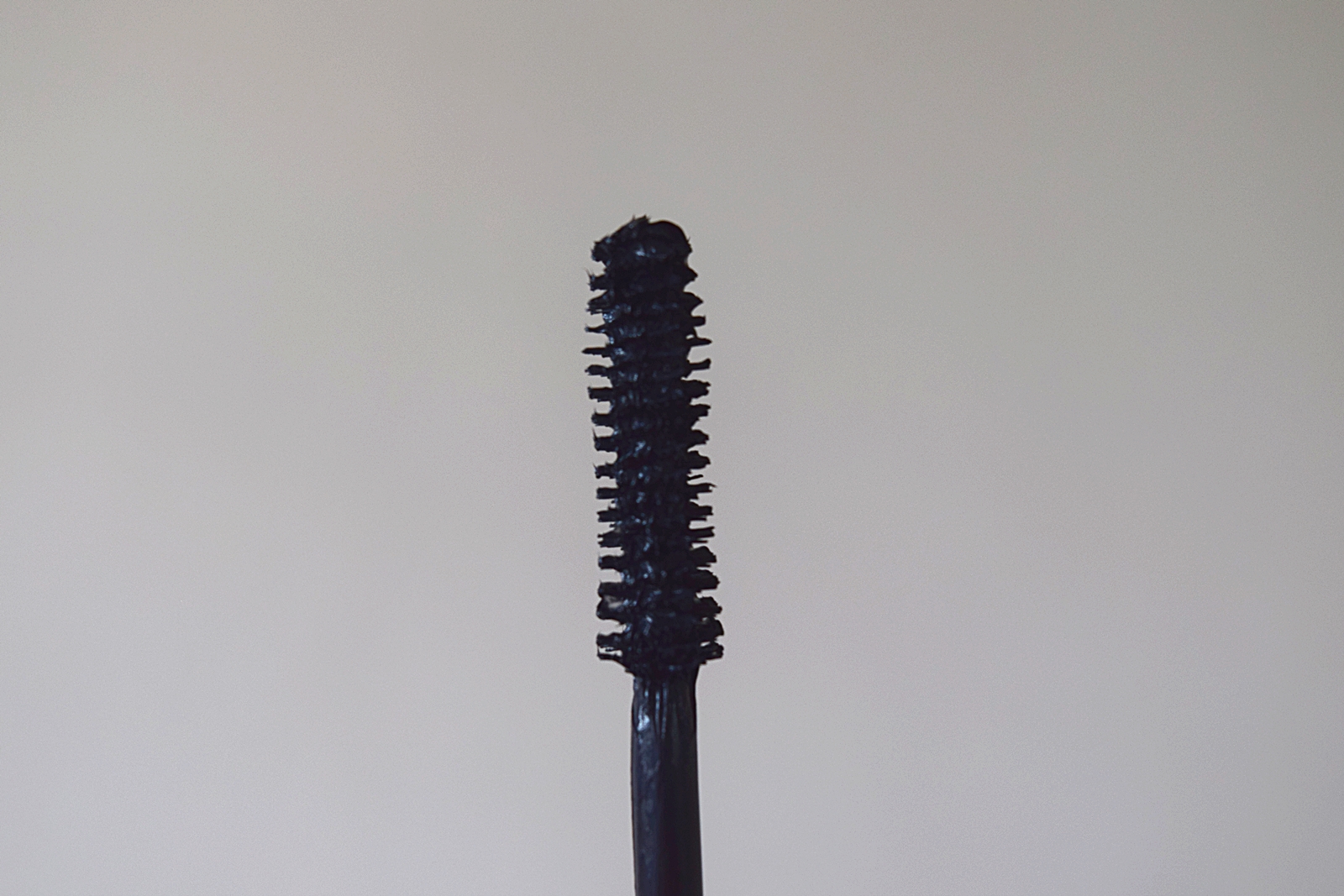 Lancome is claiming that this mascara will give you custom volume and I can assure you that this is true. Depending on how many coats you decide to put on you, you can customize the appearance of voluminous lashes.

If you are looking separation and dramatic length, this mascara will not do that for you, but I won’t mark it as a bad thing because it has not promised that in the first place. On the other hand, there is something that I really want to point out as a problem, and that is a lifetime of this mascara. Although the life of a mascara is 6 months from opening, this one is unusable after around 6 weeks. Asking yourselves why? Because it dries to the point that the bristles on the brush stick to each other or flats on the brush, the formula is so dry that your lashes are no way near nicely coated anymore, you only have clumps and flakes under your eyes. Since I touched the smudging theme over here, I can say that it runs a little bit under my eyes, since I have long bottom eyelashes that is a problem I usually get with many mascaras and I have to put a little bit of powder on the end of them to prevent that from happening.

I can easily remove mascara when I’m taking off my makeup with my regular oil cleanser (Nature Republic Forest garden argan cleansing oil – Korean brand) and that is a huge plus for me because I don’t like mascaras that are extremely tough to take off.

Comes in a silver box with a tag on the bottom saying VOLUME – SEPARATION. The packaging is black with a picture of roses on the body of the packaging and a sign on the cap saying HYPNOSE DOLL EYES. You are getting 6,5 g of the product or 0,23 oz. The colour I’m reviewing is 01 So black!

The brush is very different on this one, much stiffer, almost unpleasant if you touch your inner rim of the eye or waterline. The shape itself is very thin at the top getting more thicker throughout the bottom. The formula is more on the dry side right from the first use what some people like but I don’t. The shape of the brush will give you a good control of not smudging the mascara all over your eyelids. 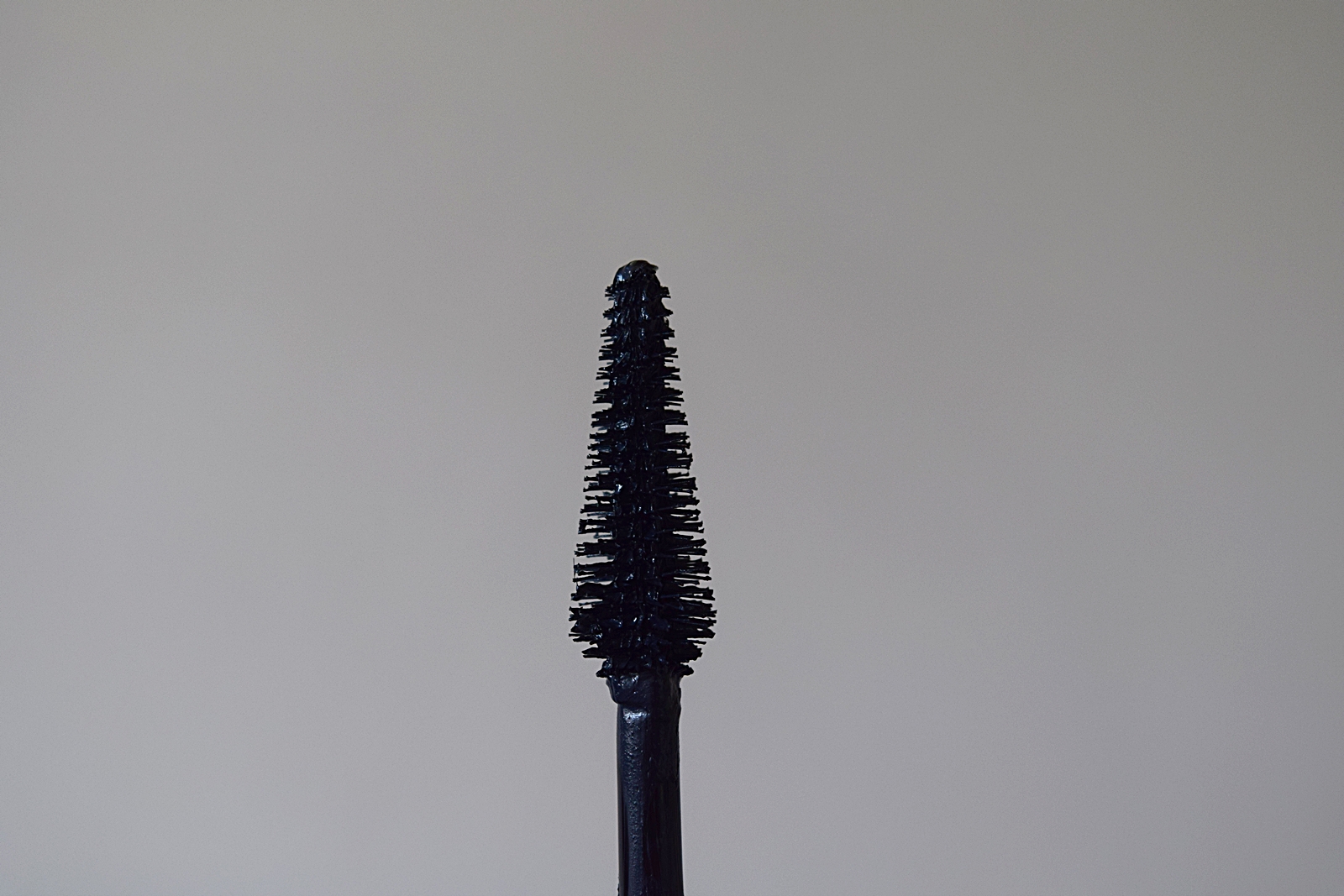 Lancome claims that this is a doll lash effect mascara that will give you wide eye look with volume and separation. To be honest, this one is a pass for me. The only thing I like is that separates lashes beautifully. Since the formula is so dry, it sets on your lashes quickly, so when you are applying the second coat you have a feeling that you are pulling your lashes while you are trying to coat them. With this one, I experienced that it doesn’t hold the curl of the lash, especially with the second coat, it tends to add too much product on the tip of the lashes which makes them heavier and more straight and I have naturally curled lashes so that was a first for me (this is not visible on the photos because I took them immediately after applying, but half an hour later they went south).

It has the same problem with drying out too quickly as the Lancome Hypnose what means you will not be able to have this mascara for as long as you should, and will not perform on the same level after around 6 weeks. This one didn’t flake on me, there was no problem with smudging or panda eyes but I still never enjoy using it because of the stiff bristles on the brush. Again, there was no problem in removing it from my lashes with cleansing oil.

Price of the Lancome Hypnose Doll Eyes mascara is £25.00

Comes in a silver box with a tag on the bottom saying INTENSE VOLUME. The packaging is black and the cap has a silver sign HYPNOSE DRAMA. You are getting 6,5 g of the product or 0,23 oz. I’m reviewing colour 01 Excessive Black.

This one is your go-to for nights out. The brush is big and bristles are soft and gentle. The shape of the brush is more on the S side. Looking it at one corner, it looks straight but rotating it you will discover an S shape, wiggly worm-like. Although I like the brush it is so big that it’s impossible to get to your roots of the lashes and not smudge mascara on your lids and it’s very difficult to apply it on the small lashes in the inner corners and as well at the bottom lashes. Smudging is inevitable. How can you help yourself with that? Allow mascara to dry and then rub it off with a clean old soft mascara wand, or anything similar on your hand. That is how you will save your eye look and look impeccable. 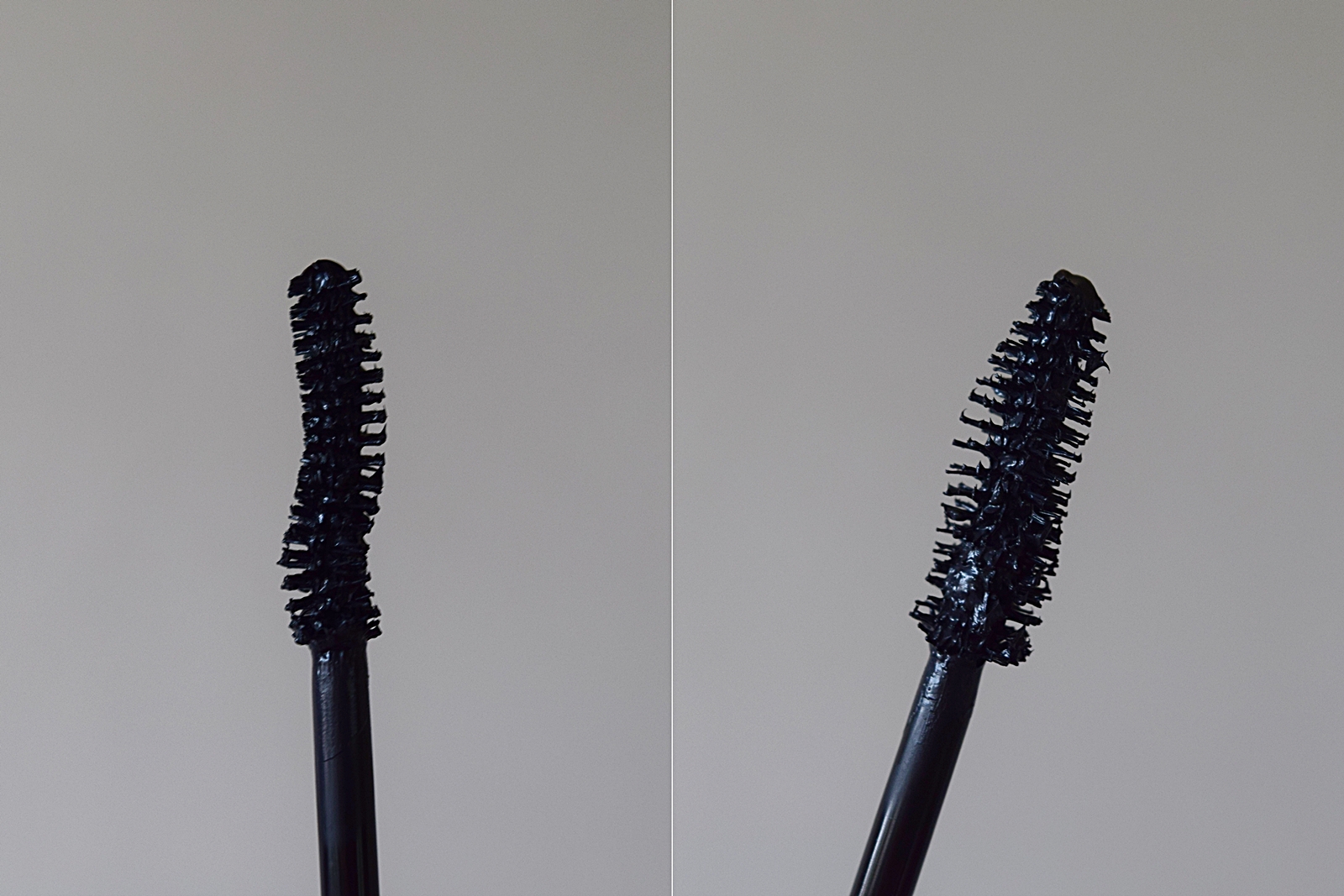 The formula is really wet, gives you intense black lashes, it won’t smudge and it is a bit harder to get off. It can make your lashes clumpy, sticked together but at the same time, it doesn’t look like spider lashes effect.

Again, I don’t know what it is with the Lancome lashes, but they dry down so quickly. Hypnose Drama, in my opinion, is the worst. In three weeks of using it, I realized it is getting worse and worse. Even thou at first the formula was wet like no other Hypnose mascara before, very quickly it became extremely thick. Since the bristles are so soft it made them stick in all different direction. The brush completely lost its shape and lashes, after application, looked hideous. For me, that was a huge turnoff.

Removing mascara was pretty ok, a bit harder, but I have nothing to complain, cleansing oil works great.

Comes in a silver box with a tag on the bottom saying VOLUME – LENGHT. The packaging is dark silver, like a gunmetal and has written Hypnose Volume-a-porter on the cap. You are getting 6,5 g of the product or 0,23 oz. The colour I am reviewing is 01 Noir Intense.

Out of all 4 mascaras that I’m reviewing, this one is the only one that has a rubber brush, plus it has the smallest brush. If I am completely honest, at first I thought that this one would be the worst but I was wrong. 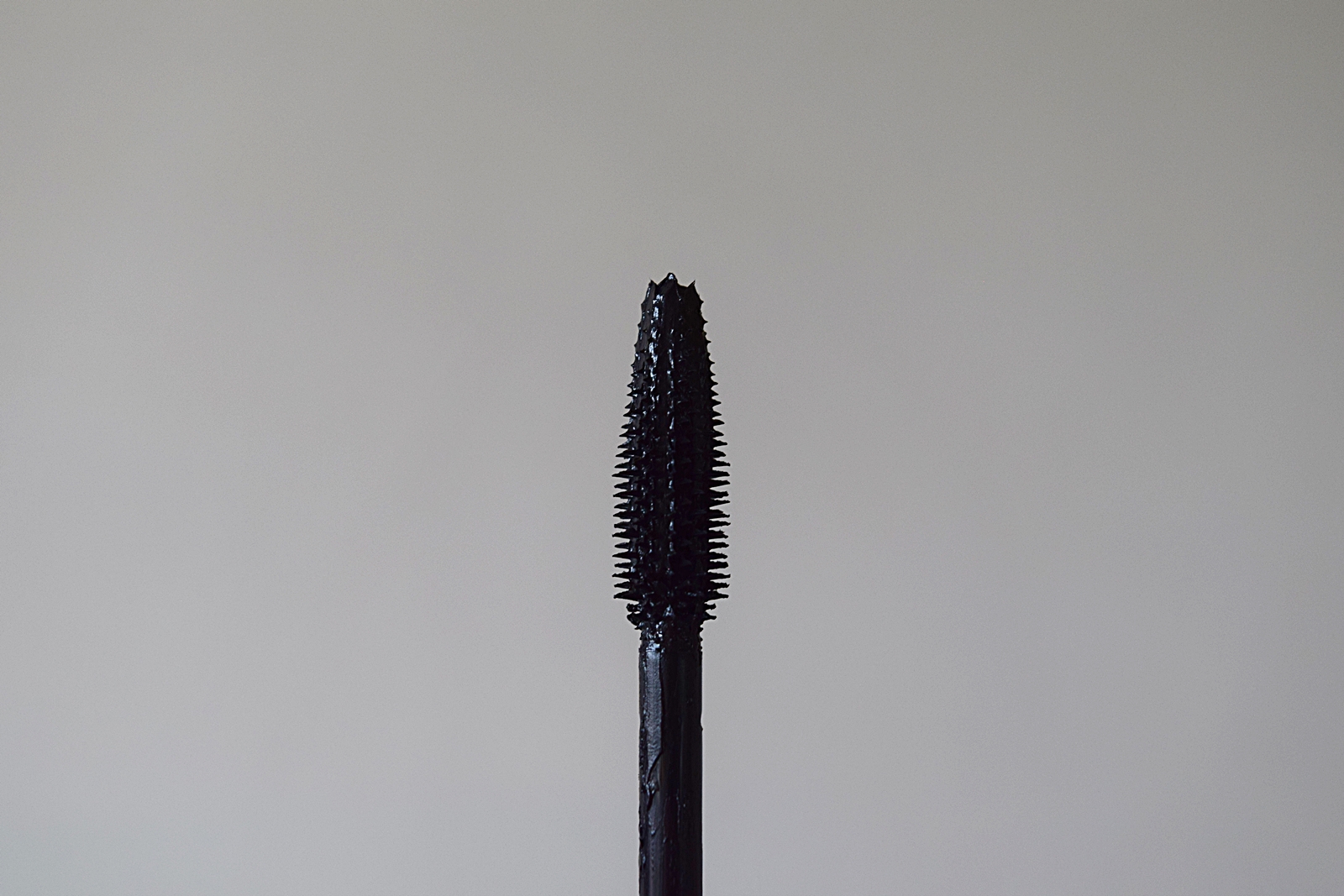 The short story goes, really black, gives volume and length, separates, there is no clumping, looks great with one coat and it’s nicely buildable, holds the curl of your lashes, easy to remove. The formula is slightly on the drier side, but not dry, you have enough time to work it through your lashes and apply the second coat before it sets. The only complain I have is that is smudges on my lower lid and I have to use powder or a coat of waterproof mascara to prevent that from happening. Have to say, this one is my favourite because it is the most versatile and can be used for any makeup look you are going for, either it’s a simple day look or extreme, crazy, full on night one.

Regarding the problem with the short life of the previous mascaras, this one doesn’t have that problem, it somehow stayed the same and I just run out of it.

Price for Lancome Hypnose Volume-a-porter is the same as others, £25.00 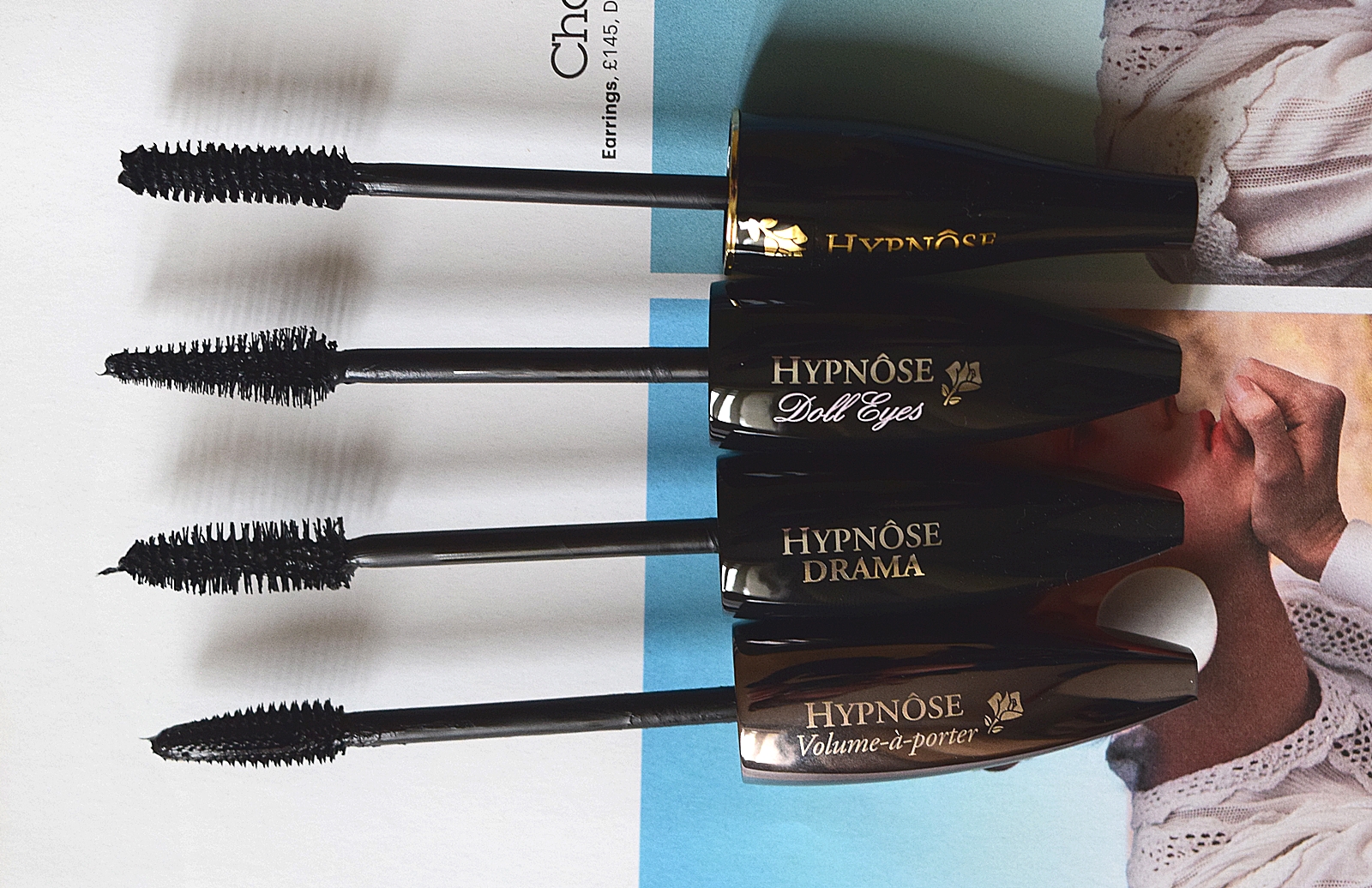 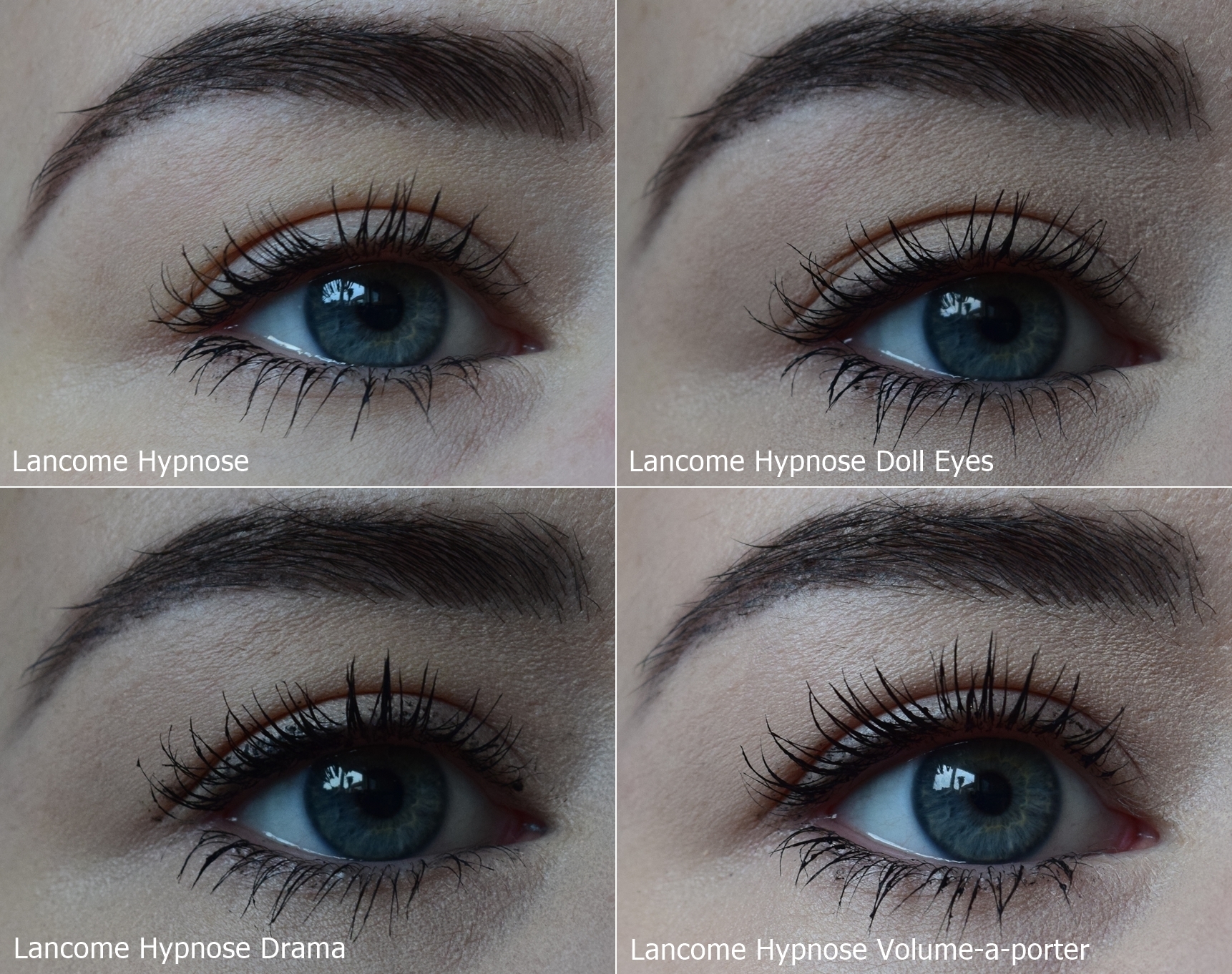 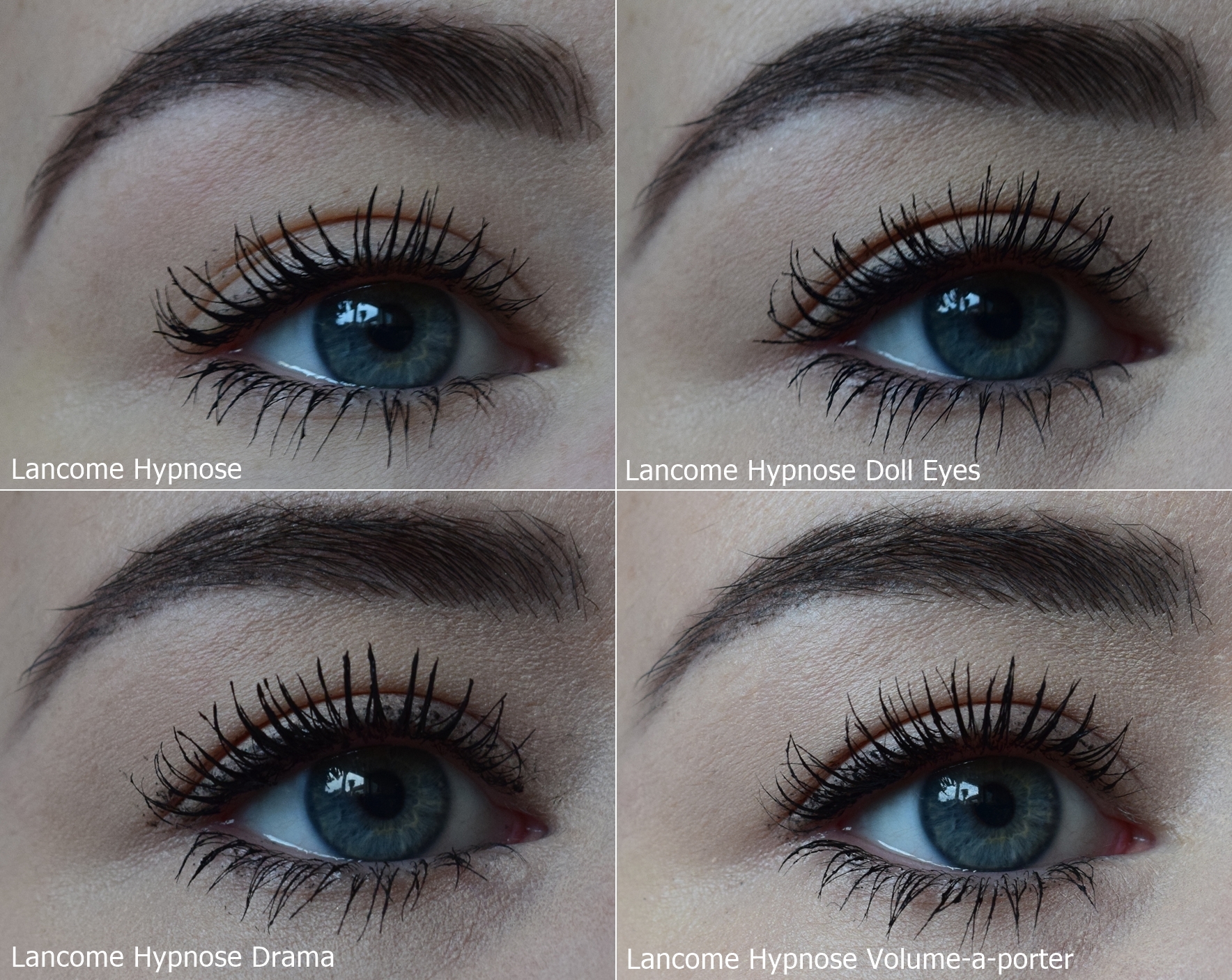 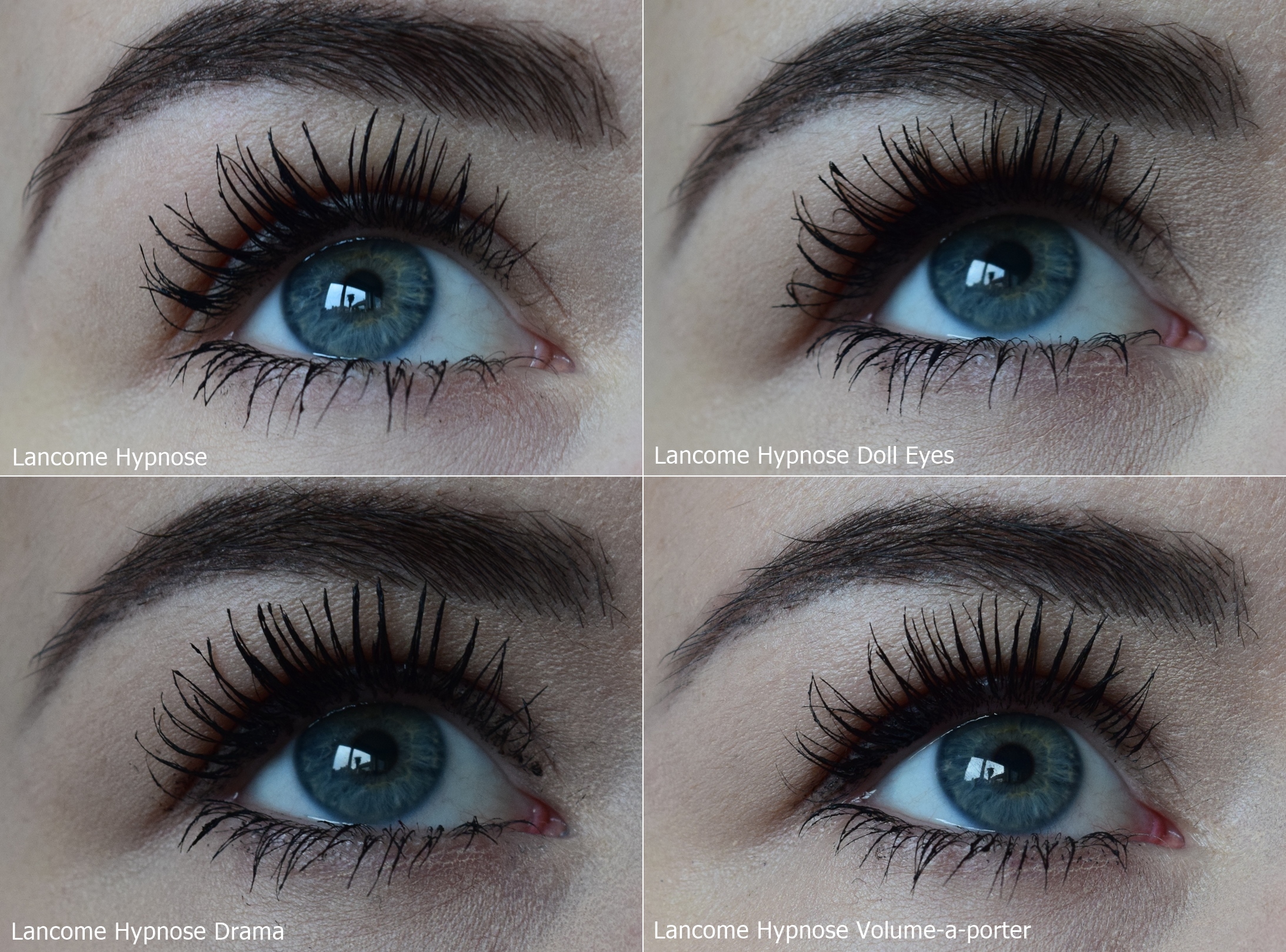 In conclusion, I wanted to say that, in my opinion, it’s not smart to invest in luxury mascaras. First of all, they are usually good for three months and they expire 6 months after you first open them and let air inside. Second, today, the drugstore mascaras have really up their game so much and there are some real gems around them. So if you really want to invest in a more expensive product, invest in your skincare and foundations first. Off course, no hate here, if you don’t mind paying more than double for the same effect that you can get cheaper, by all means. But for girls on the budget, be sure you are not missing out on anything if you don’t buy these mascaras.

If you want a post with my top drugstore mascaras let me know. I’m also curious what are your thoughts on this topic?

* it was intentional not to clean skin around my eyelashes so that the application is completely trustfully, none of the reviewed mascaras is a PR sample